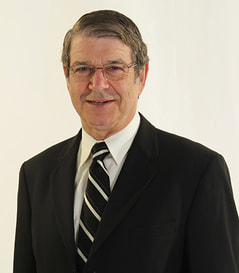 Dr. King is a Board Certified Psychiatrist and Director of Harris Psychiatric Services. Dr. King received his psychiatric training at Harvard Medical School where he was both a Chief Resident and Clinical Fellow. His interest in medicine and psychiatry has led to the establishment of Harris Psychiatric Services. Years of practicing General Psychiatry in Smithtown, New York fostered his interest and concern about the mental health needs of those who suffer from chronic pain. An awareness of inherent difficulties that this patient faces when dealing with Workers' Compensation convinced him of the need for a program that specializes in the treatment of this population. He has served as the chairman of a department of psychiatry, president of a general hospital medical staff and provides clinical supervision for psychiatric residents as an Assistant Clinical Professor of Psychiatry at  S.U.N.Y. Stony Brook Medicine. 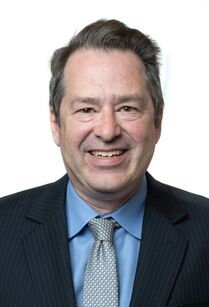 Christopher A. Burke, MD
Dr. Burke did his residency at University Hospital of Stony Brook, where he graduated in 2002.            He was chief resident and received the William Turner Award for best graduating resident from a     psychiatry program. He went on to do his fellowship at Massachusetts General Hospital in   Consultation Psychiatry a Harvard Medical School affiliate finishing this in 2003. Chris then went       on  to be the Chief of Consultation Psychiatry at University Hospital at Stony Brook for the next five   years. During this time, he was awarded the teacher of the year by the department of psychiatry in   2006.
In 2008 Dr. Burke took over the consultation psychiatry service at Long Island Jewish Medical   Center in New Hyde Park, and became the  CL fellowship director in 2015. While at Long Island   Jewish Medical Center he won numerous teaching awards including Outstanding teacher of the     year for Northshore / LIJ Health system in 2009; Outstanding Teacher of the year Awarded by the  CL fellows Northshore/ LIJ health system of 2011; and Outstanding Teacher of the year awarded by the Department of psychiatry residency program Northshore / LIJ health system in 2015. In 2015 he pioneered a cohorted medical /psychiatry 25 bed unit in the general hospital which would go on to win the Presidents Award for Innovation for the Northwell Health care system in 2016. In 2018 Dr. Burke took over as the clinical director of the consultation psychiatry services    for Forrest Hills, Valley Stream and New Hyde Park (LIJ) hospitals. In 2019 Dr. Burke has now joined the office of Harris Psychiatric Services in Smithtown, where he continues to pursue his interests in medically complicated psychiatry patients. 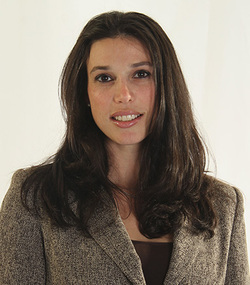 Ashley Curtis is a Board Certified Family Psychiatric & Mental Health Nurse Practitioner and Clinical Director of Harris Psychiatric Services. She completed her psychiatric training at the University of Pennsylvania.  Ashley is experienced in working with psychiatric illness across the lifespan.  She specializes in providing care to those individuals who have been physically disabled by injury or have been exposed to traumatic events in the workplace or as a result of a motor vehicle accident. Ashley is dedicated to helping her patients improve the quality of their life and to find their footing in the midst of chaos. Prior to co-founding Harris Psychiatric Services, Ashley worked on an inpatient psychiatric unit at Mount Sinai Hospital and also has experience as a psychiatric clinical liaison. She has served as an expert witness  for personal injury cases involving psychiatric illness. Ashley has been a preceptor for NP and DNP students at Hunter College School of Nursing and Columbia University. 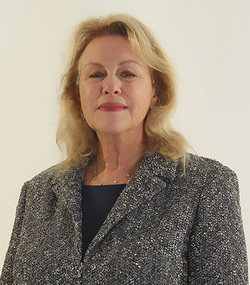 Barbara King, Licensed Clinical Social Worker, is a psychotherapist who has been in private practice for many years. She has worked extensively with patients who have experienced both emotional and physical trauma in their lives. In the past few years, she has become involved in working with patients who are dealing with chronic pain that has been sustained as the result of an accident and the resulting depression and anxiety that frequently accompanies this. In the aftermath of the 9/11 tragedies, Mrs. King has worked with first responders and has helped them to mourn their losses and find a new, positive meaning in their lives. Mrs. King is both an advocate and a therapist who practices in Smithtown, Long Island and New York City. 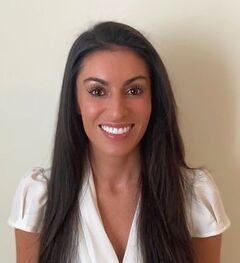 Lauren Tita is a board certified Psychiatric Mental Health Nurse Practitioner. Lauren is experienced in working with clients struggling with mental illness across the lifespan. She completed her Psychiatric training with a subspecialty concentration in treating substance use disorders at New York University. Prior to joining our practice, Lauren spent six years  working in neurosurgical intensive care, emergency medicine, and the psychiatric emergency department in one of New York City’s most prestigious hospitals. She is committed to providing her clients with the highest quality of care using the most up to date evidence based practice. 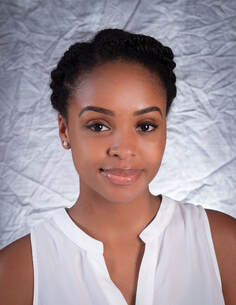 Dr. Jada Hudson is a Board Certified Psychiatric-Mental Health Nurse Practitioner. Jada has  experience working with those struggling with psychiatric illness across the lifespan. She  completed her Master of Science in Nursing and her Doctor of Nursing Practice degrees at  Columbia University. Prior to joining Harris Psychiatric Services, Jada spent time working in  inpatient detox primarily serving NYC’s homeless population. Jada has a special interest in  working with and advocating for underserved populations. She values the therapeutic alliances  formed with her patients and strives to provide care that considers the whole person. 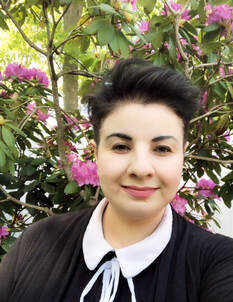 ​May Saif is a Board Certified Psychiatric-Mental Health Nurse Practitioner. May has experience working with those struggling with psychiatric illness across the lifespan. May received a medical graduate degree from the First Faculty of Medicine Charles University in Prague, Czech Republic. She then completed her psychiatric training with a Master of Science in Nursing at Florida International University in North Miami. Prior to joining Harris Psychiatric Services, May spent time in the Veterans Health Administration System in Gainesville, Florida. She worked in a variety of clinical settings including inpatient and outpatient substance abuse, outpatient mental health clinic, PTSD clinic, mental health intensive case management, and primary care/mental-health integration.  May is dedicated to advocating for mental health advancement and providing equitable holistic care. She strives to build enriching therapeutic relationships with patients and to help them forge a path to long-lasting mental wellness. 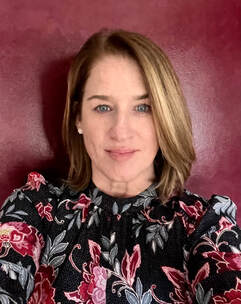 Mary Ellen Cunningham joins Harris Psychiatric Services with 29 years experience in the medical field.  After graduating in 1993 from NYU with a bachelor of science in nursing, she began her career as a registered nurse at New York Presbyterian Hospital’s renowned burn intensive care unit.  While Mary Ellen has worked in a number of various clinical settings over the years, it was during her time as an emergency room nurse that she witnessed first-hand how the treatment for patients suffering from mental health issues was lacking in both compassion and respect.  Her passion for helping others prompted her to pursue a masters in science in nursing from Molloy College and a postgraduate masters in science in clinical psychopharmacology from Fairleigh Dickinson University.  Throughout her career, Mary Ellen has valued the importance of compassionate and comprehensive nursing care and has had the privilege of caring for patients of all ages and from many different walks of life. Prior to joining Harris, she helped run clinical research studies for patients suffering from   schizophrenia, bipolar, major depressive, borderline personality disorders, PTSD and ADHD. Her work as a psychiatric mental health nurse practitioner allows Mary Ellen to do exactly what she wants to do; help patients become the best version of themselves one day at a time. Natalie Gayle, PMHNP
​Natalie Gayle is a Board Certified Psychiatric Mental Health Nurse Practitioner.  She completed her Bachelor of Science in Nursing at New York University. She attended Molloy University where she obtained a MSN in Nursing Administration with Informatics and a Post-graduate MSN in Psychiatric Mental Health Nurse Practitioner. Ms. Gayle promotes mindful medication management grounded in evidence-based practices. She offers an empathetic culturally competent approach to a client's life experiences and individual goals. She believes in an empathetic, patient-centered approach that involves the careful consideration of all potentially effective treatment strategies for a patient. Licensed to diagnose and treat an array of psychiatric disorders across the life span. Ms. Gayle has worked for the past 28 years in health care. Her experience comes from working in emergency psychiatry for several years, evaluating patients of all ages with multiple psychiatric disorders. She has worked for the past 14 years both in the psychiatric Emergency room at Stony Brook CPEP and on the inpatient units at Pilgrim Psychiatric Center. She is a member of the American Psychiatric Nurse’s Association and the American Association for Nurse Practitioners.
Powered by